So today is September 22, just 24 years ago I cannot imagine my poor mom in the hospital giving birth to a baby so big they had to remove me through surgery!

So in the spirit, I want to thank my mom and dad for all the effort it took to bring me into this world!

And a cool pic of the motorcycle that started it all

So finally after almost a week of hot weather, we started to hit some nice cool weather which was amazing! 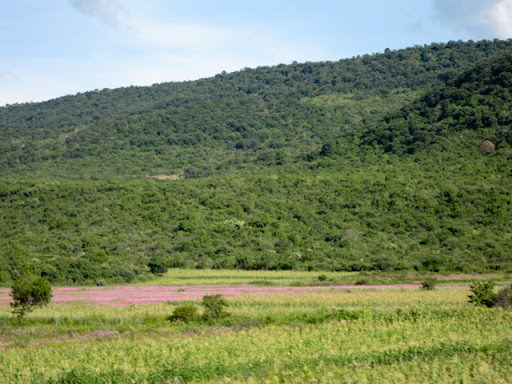 And found a cool old building in the historic district that was a hotel to stay in. 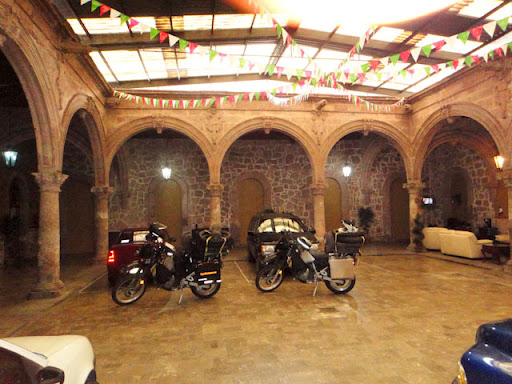 It was trippy to park in such a beautiful building.

Walked by the streets and church. 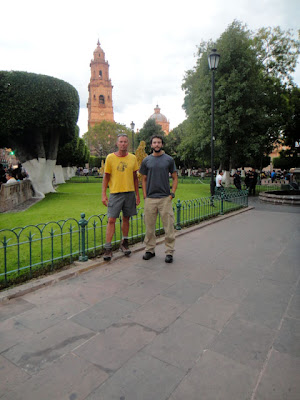 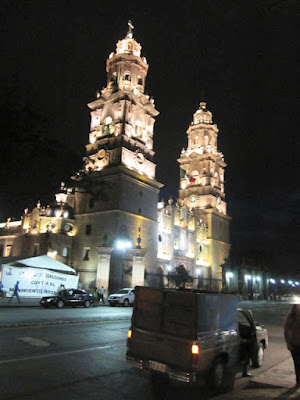 So what does Alex decide to do on his birthday, that’s right, he drives 8 hours all day long to Morelia, where a clown pulls him and David into his street show. 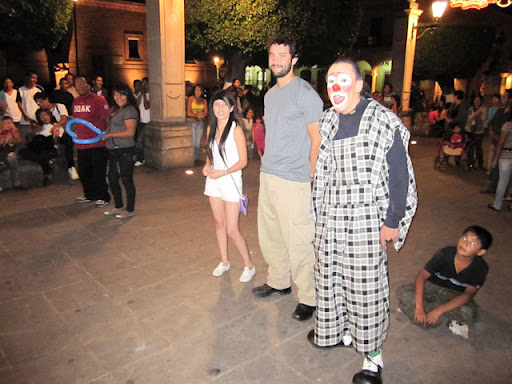 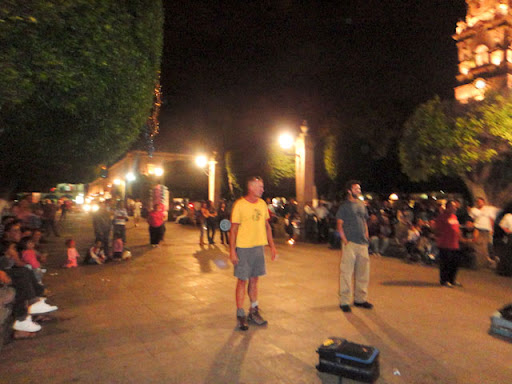 I blame David for looking like a foreigner with his shorts yellow shirt and hiking boots and dragging me into it. But it was still funny.

Had a nice birthday dinner and called it a night. 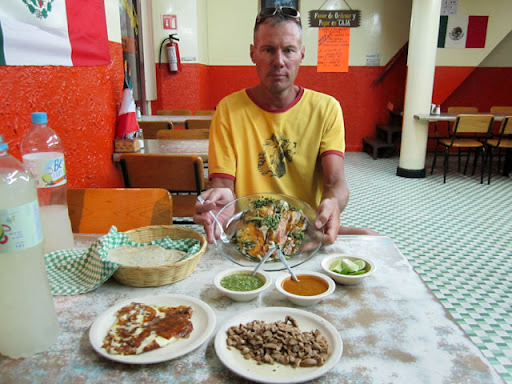 So today I bid farewell to the wonderful Charity I have sponsored for the past 8 months.

My previous journey helped raise awareness and monetary contributions for the orphanage located in Cd. Juarez in Mexico called Los Ojos de Dios. It was very successful with the national and international attention they received along with the money raised for the children from my efforts and the web site.

So thank you to all those of you who donated and have followed along through the adventure.

As this project comes to an end, I admit I am a bit sad, it seems my page has lost a sense of purpose and don’t know what to think of it.

So until I decide what to do, continue to enjoy the readings. And be sure to comment. Thanks.

So while we were eating some tacos in Mazatlan Mexico a few days back, it seems someone decided they like my GPS, and took it off the bike aka – got stolen

So I’ve been naviagatin the roads blind, just like I did on my previous adventure, so nothing too bad there.

What was bad is the fact that it took over 5 hours of calling and researching to find the only other Garmin GPS dealer in Mexico city. To which I would have to navigate the streets blind to find this hidden store.

Defying all odds and all the crazy “Mexican U-turns” aka – illegal U-turns, asking random people on the streets, and a poorly drawn paper map, somehow after 4 hours of entering and roaming around the city I found the place. David was quite impressed, as was I. Then again naviagating all Latin America on paper maps last years taught me few thing.

Sadly the GPS store was closed, but found an employee walking to his car on the street.

By the end of it I had him driving us to Office Max, where the following day the Garmin company was holding and exposition where everything was 20% off. Plus he found us a hotel near by, unfortunately it was in the Red Light district part of town, so people just rent the hotel room for an hour or two.

We were basically kicked out of the place and not allowed to get a room.

So we roamed around the city until 11pm, in Mexico City with the crazy drivers and no map! Passing the hookers on the street and getting lost until we fainlly found the Hotel Prado, where there was a line of 150 people checking in that night for a conference the following morning….well it could be worse right?

Until next time, good bye!
Posted by Unknown at 7:09 PM