Archive of all posts in Chronological order


Why I'm I driving half way around the world? Click here to find out! 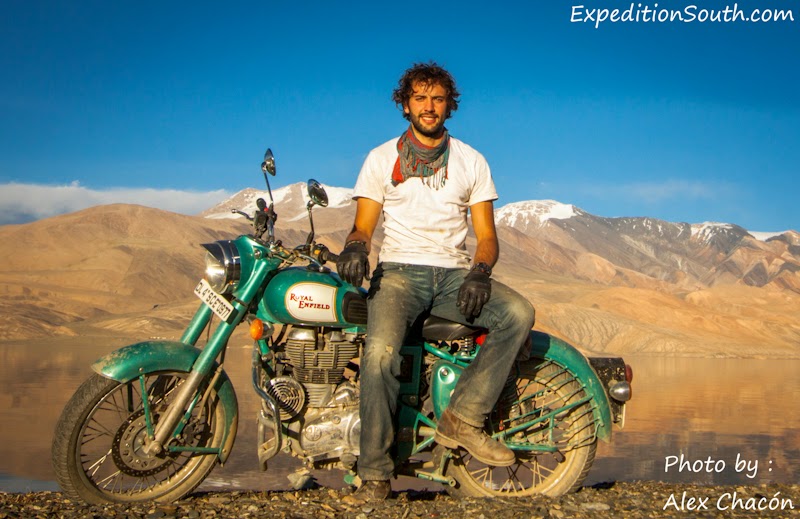 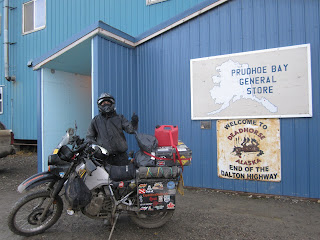 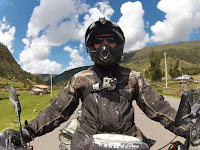 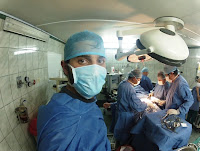 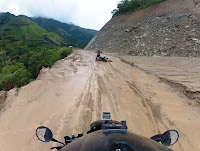 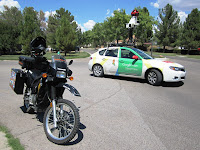 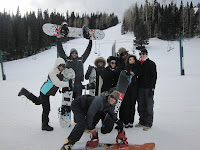 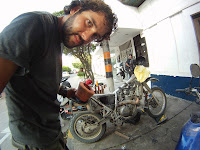 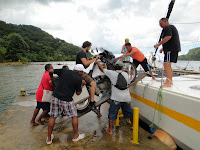 #117 - December 31, 2011 - Panama to Colombia-Motorcycle transport, Captain Chacon, Fritz the Cat, moto accident and 23 stitches later, and the most Random Encounter in all the World! 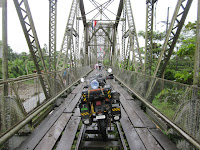 #116 - December 6th, 2011 - Crashing on a bridge crossing to Panama, GoPro and Oakley join the adventure as Sponsors! Don’t tell the police I lost my license plate! Mexican standoff in Panama! Reaching the Darien Gap by motorcycle to Yarviza 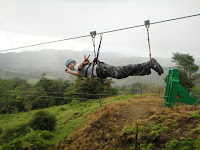 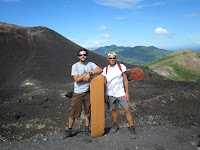 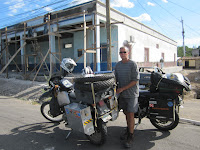 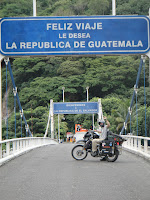 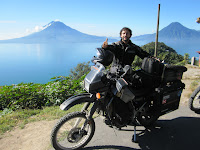 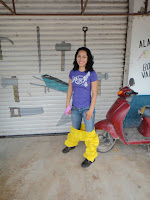 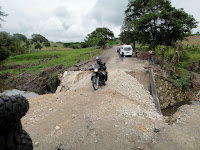 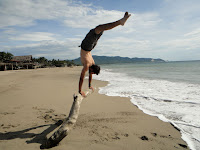 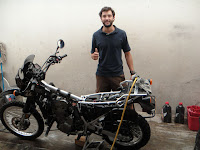 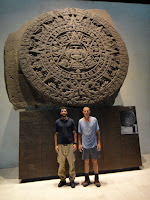 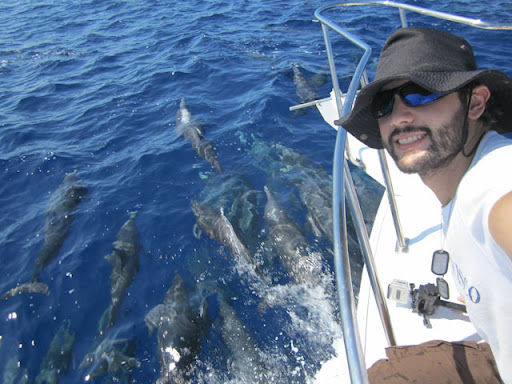 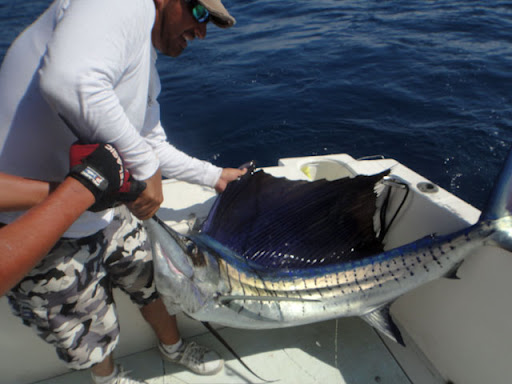 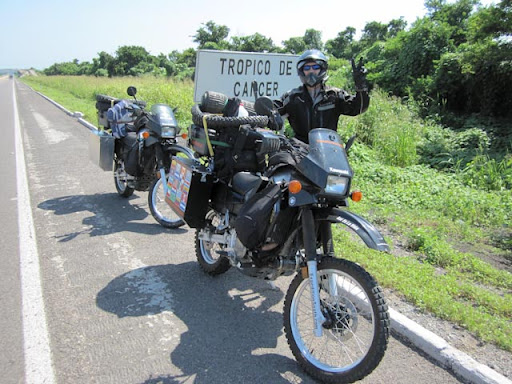 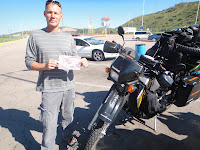 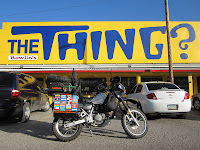 #90 - August 25, 2011 - Medellin Colombia-My last day in South America!-Man with no legs and hands, America the Beautiful, and an Ironic Bittersweet End to the Adventure

#85 - July 21, 2011 - Amazon Jungle Tour from Manaus Brazil – Which one of the 1,000 exotic Amazon diseases is making Alex sick? 2am Hospital Visit. Sloths, pink dolphins, piranhas, crocodiles, giant mosquitoes with malaria, you name it!

#78 - June 28, 2011 - Abandoned missile silo = Church? Acai- the magical fruit of the Amazon. Jardim Botanico. You are what you eat! Rio de Janeiro Brazil

#78 - June 28, 2011 - Abandoned missile silo = Church? Acai- the magical fruit of the Amazon. Jardim Botanico. You are what you eat! Rio de Janeiro Brazil

#76 - June 19, 2011 - The most famous set of steps in the world, Escadara Selaron, Inspirational words of wisdom and a complete waste of $8 dollars in Rio de Janeiro Brazil

#73 - June 9, 2011 - The Motorcycle Adventure is Officially Over! But the Hitchiking Backpacker Adventure has officially begun! Foz de Iguacu - Brazilian side.

#64 - May 17, 2011 - Jumping on the first bus I see to get lost and explore the city in a whole new way, Tango Friends, San Telmo Antiques Fair, Super Mall—Buenos Freakin Aires Argentina!

#61 - May 12, 2011 - Buenos Aires - Addicted to Tango, Recoleta Cemetery, Being part of a massive demonstration and protest

#52 - April 22, 2011 - Borrowing a dirt bike for some fun in Patagonia! Motorcycle Club, 16 Kilos of Argentinean beef! The coolest guys in all of
Patagonia!

#50 - April 10, 2011 - Rio Gallegos - Dealing with a blown engine, the specifics on what happened internally with the motor.

#49 - April 9, 2011 - Hitth-broken-motorcycle-in.html" target="_blank">Stranded with a broken motorcycle in Patagonia 600 km from the tip of South America!

Don’t tell my mom the motorcycle blew up in the middle of Patagonia and now I"m stranded with no food....

#44 - April 2, 2011 - Chile - Patagonia! - Austral Highway to O’Higgins, Bees fly into my jacket and sting me, Sleeping next to dead sheep, my tent flys away to Argentina, Most amazing road in South America!

#43 - March 31, 2011 - Driving through Jurassic Park, Running into the same motorcycle rider in 4 different countries, Bariloche Argentina, the most popular mechanic in Argentina, $2 bottle of fine wine, beginning of the Austral highway in Chile, Hanging Glacier

#41 - March 28, 2011 - Chile - Hand of the Desert, Valley of the Moon, Running on emergency money, Running into the same familiar face in 3 diff1/03/bolivia-to- Valparaiso and Santiagod.html" target="_blank">Bolivia to Chile. $3 a night hostel, Dead battery, no gas, no money, big problem! Flamingos, Laguna Colorada, Laguna Verde, loneliest immigration office in the world!

#39 - March 19th, 2011 - Uyuni Salar-Largest Salt Flat in the world! Best adventure of the trip so far! Navigating the world with no GPS equals craziness! Facinating Pictures!

#38 - March 15th, 2011 - Alex crashes on his motorcycle, Ridiculous River Crossings in Bolivia, Worst day of this entire Trip! The most horrible roads in the world-Southern Bolivia! 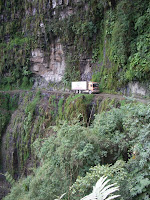 #37 - March 9, 2011 - Bolivia - Driving the World’s most Dangerous Road. Public transportation in Bolivia goes on strike! Against the government and Me! And Chicks dig bikes!

#36 - March 9, 2011 - Peru to Bolivia. Why are guys in Ski masks following me? Lake Titicaca, Floating islands of the Uros, La Paz Bolivia