So for the past week in Antigua David and I have been exploring the sights, volunteering, and learning Spanish. 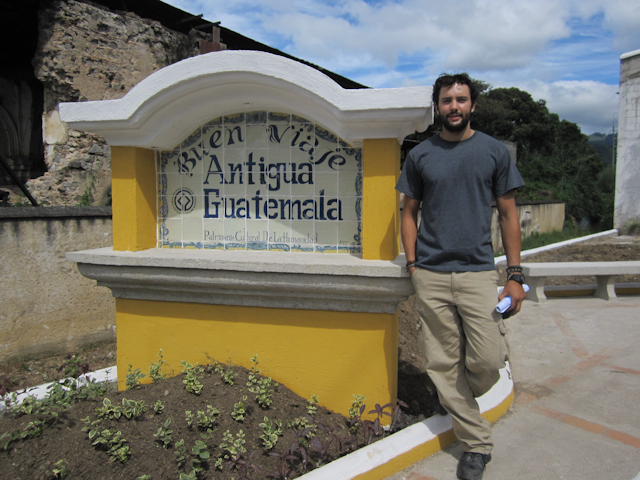 We have been chilling at the hotel Rustica, which seems one of the few affordable places to park our bikes.
We want to thank Darel the owner for being such a cool guy! 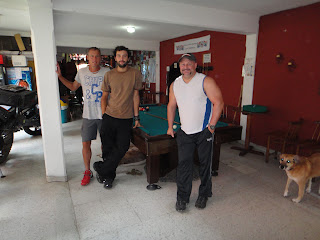 I’ve had a chance to spend some time with some very special kids at the San Pedro Church in Antigua. These children are mentally and physically disabled, and I’ve spent my time helping, taking them for a stroll and talking with them which has been enlightening to say the least. My appreciation and compassion for life and my fellow humans has drastically risen and altered to a special and spiritual level. 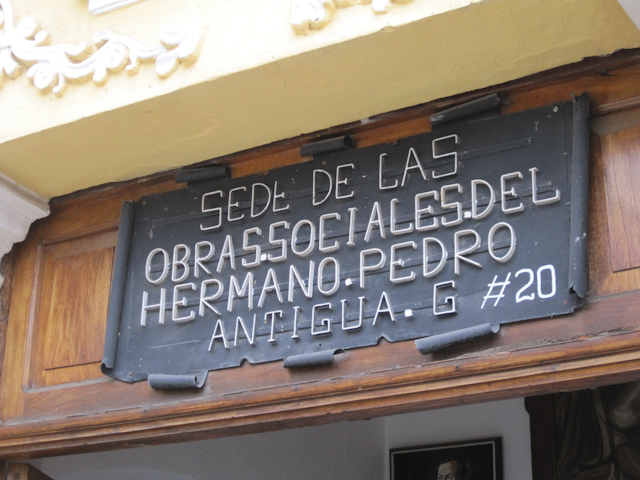 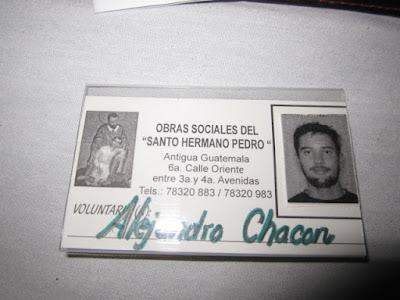 David has been building up his Spanish at the local school Spanish school called La Union, which he recommends to anyone wanting to learn Spanish in Antigua Guatemala. If you’re on the cheaper budget I would recommend studying in San Pedro on Lago Atitlan, as I was told by some fellow hostellers it was cheaper to eat, sleep and go to school, but it’s a small town is the thing, not like Antigua, a cultural center. 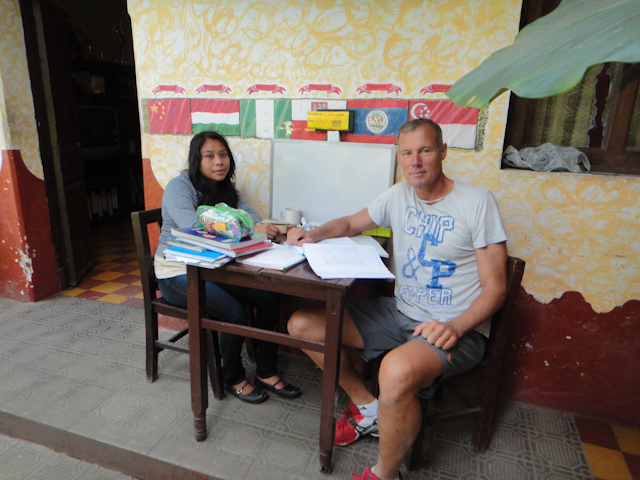 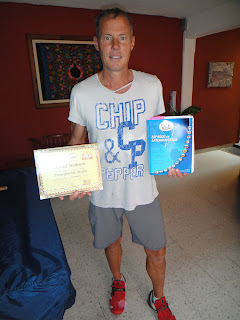 Also visited the famous cross in Antigua.(not as dangerous as you{ll read in travel books, there police all the way up and at the top, just don{t go at night!) 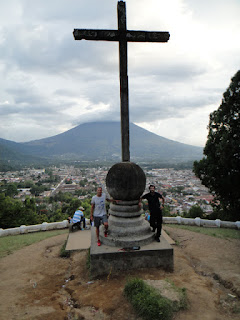 Saw a great game of basketball 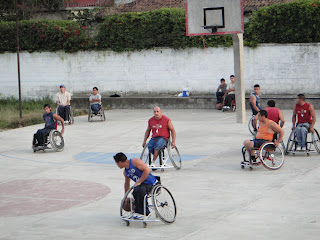 Learned that breat feeding in public is cool with nipple and everything showing
The local market
Where you can get everything from giant flower bouquets, machetes, wood carvings and anything else you can think of.
David did his tennis in Guatemala at a very nice club called La Union outside Antigua on the way to Cuidad Vieja on Km 39
Again he has his goal of playing tennis in every country, 3 down, and 16 to go! 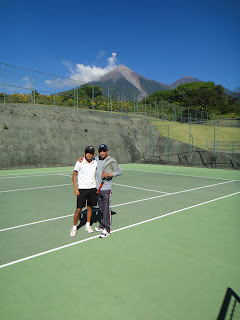 We continued our touristy adventures.
And even saw the local volcanoe have a hick-up.
Saw a decked out motorcycle complete with a stero system
During the week I even had the opportunity to check out the awesome Mexican Rock band of Maná that came to Guatemala City, just an hour away from where we were at. 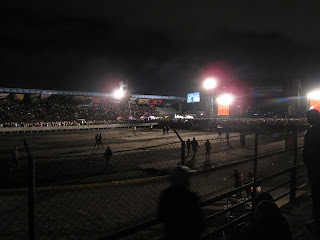 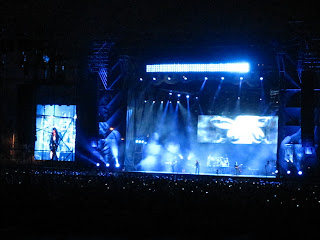 Got a chance to check out the center of Guate(People from Guatemala City are known as being from “Guate” short for Guatemala)
Saw some interesting looking cop uniforms as well. 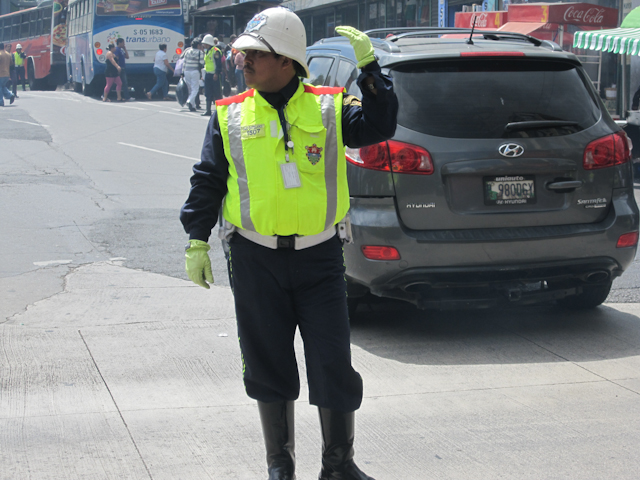 Finally we were out of Antigua, all spanished and volunteered up, rocked out, market-ed out, and well rested, onward we went!
The following morning we departed Antigua to Lago Atitlan, said to be one of the most beautiful lakes in the world. 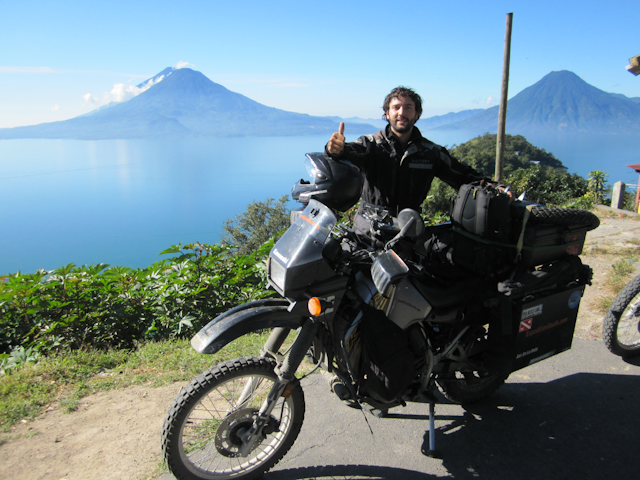 And I must say, it is quite unique and recommend anyone going to Guatemala to check it out.
We grabbed some lunch and called it a night in Panajachel…. AKA- Gringo-ville 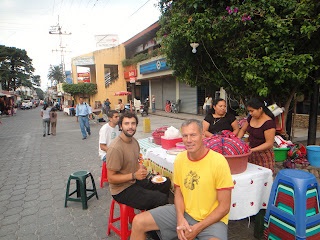 The following day we went to the Chichicastenego market, the oldest and largest market in Central America.
I will say if you’ve never been to a market in Latin America, this is a good place to go.
But in my opinion the market in Antigua for my taste was better.
But they did have some interesting things
On the way out we were inundated by the massive amounts of political propaganda for the upcoming presidential elections, to which we say plenty of people on the streets waiting in line to vote. 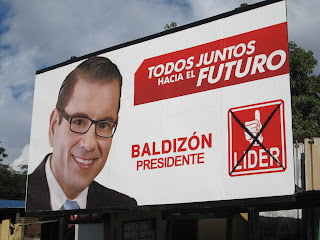 I mentioned to David that Latin America take their politics much more seriously than those fellow Americanos up north in the states. It more an honor and a duty rather than a choice.
We headed out of the market to the border with El Salvador and found a place to sleep before our nice and strenuous border crossing we would have in the morning.
Posted by Unknown at 11:39 AM