The Google Maps Street View car doesn't like it when you follow it! Piss off Google, check!

Hello everyone, so I thought I'd share what I think is something pretty funny and quite curious that has happened to me.

As you know there's a neat little Google maps car that looks like this, that drives around the United States and elsewhere taking pictures and such for its street view application. 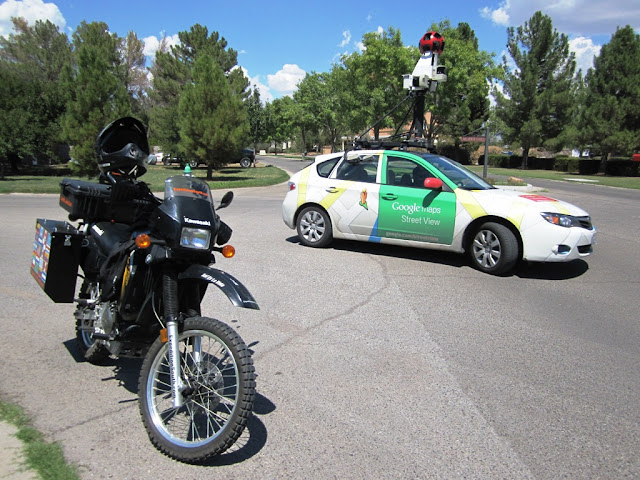 Well lucky me was home a few months back when I saw it pass by in El Paso Texas and decided to hop on my motorcycle and chase it down. You can see my post about it if you click here! Well they just finished uploading those pictures to their street view. 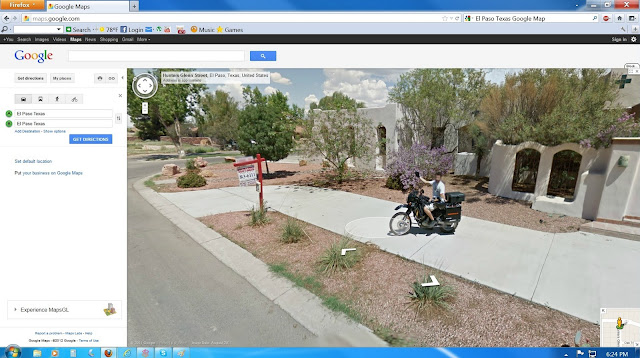 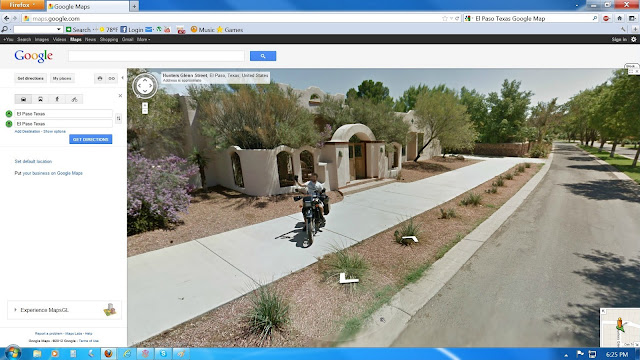 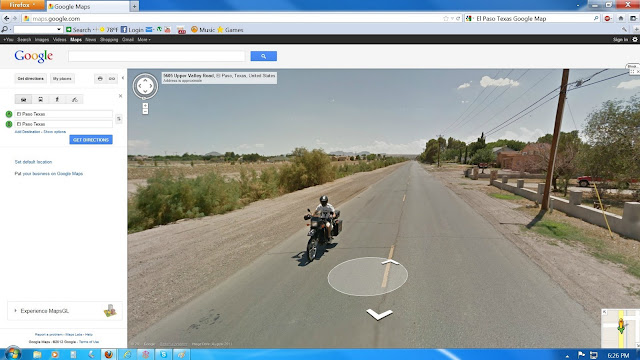 I was curious to see if it would take pictures of me while trailing behind it while making silly faces and dancing around like a dumbass, and it did to an extent. Of course it blurred my face according to its private policies. 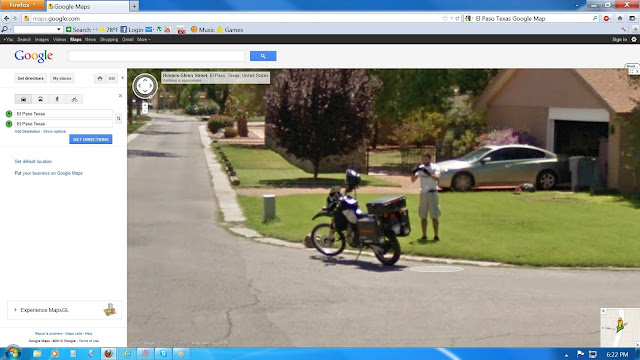 What I don't understand is why they replaced only some of the pictures and left the old ones. The next two pictures are taken at the same location, but with one click to go to the next picture takes you to the old pic they have. 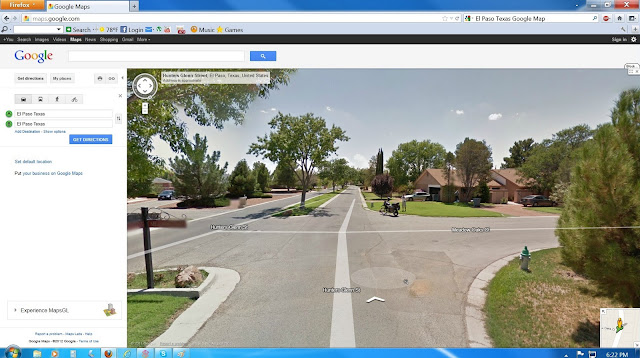 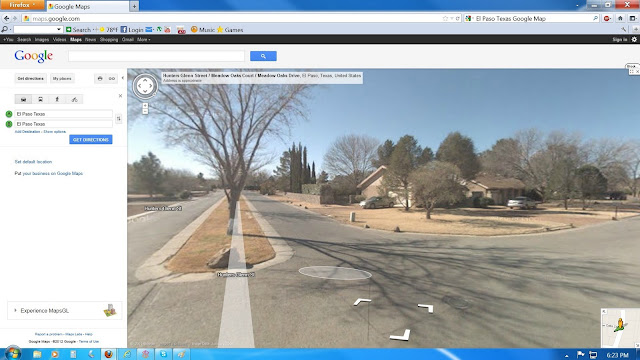 Again I'm pretty sure its because when I was behind the car, I was doing stupid and silly things like taking my helmet off and smiling at the camera, waved my arms in the air like a dumbass, did some dancing, stuck my tongue out and my have made a peace sign with my fingers.

Again the strangest thing was that they didn't post a lot of the route they were taking pictures of in which I was behind them waving my arms, standing up on the bike and smiling for the camera being a clown.


and put the little orange person where it has the marker and look around the area, you'll see what I mean

So I'll take this time to apologize to the people of the El Paso Country Place community for pissing Google off enough to cut them out of Google street view, my bad!

So half the route I was following them for they just threw away and left the old pictures as you can see, when I was doing something silly to the camera they just left the old winter picture from a few years back, and when I was behaving they put up the new ones.

They also for some reason decided to selectively take me out completely of some pictures as you see by this sequence, where I am invisible in every other picture! 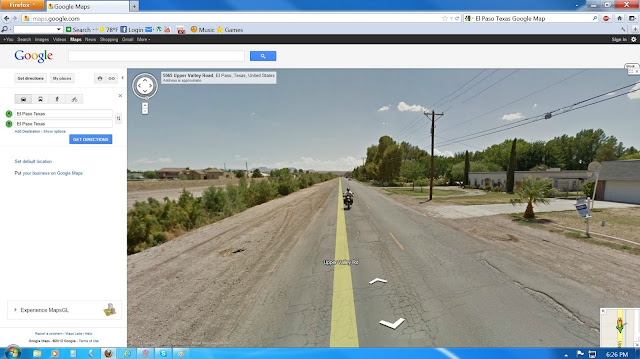 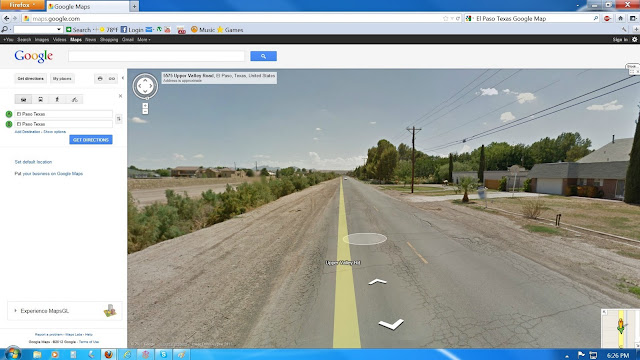 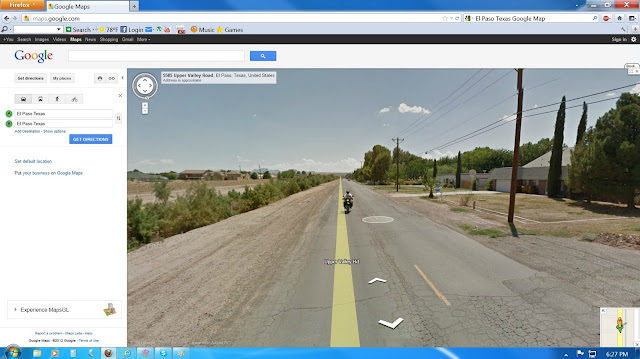 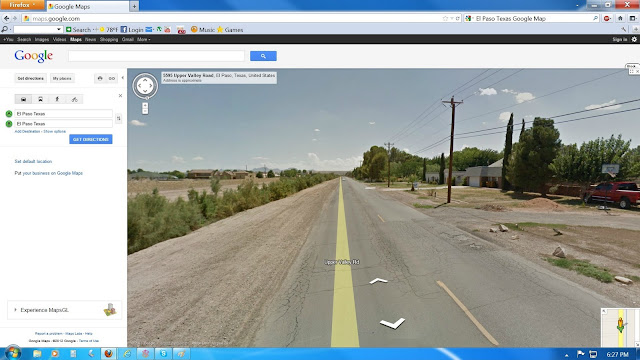 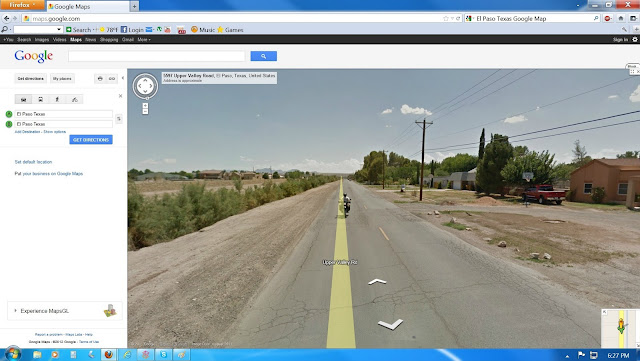 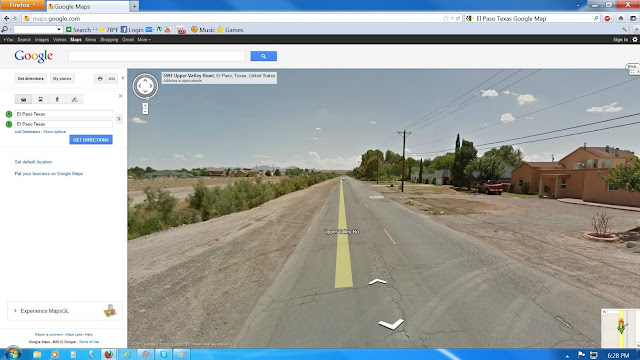 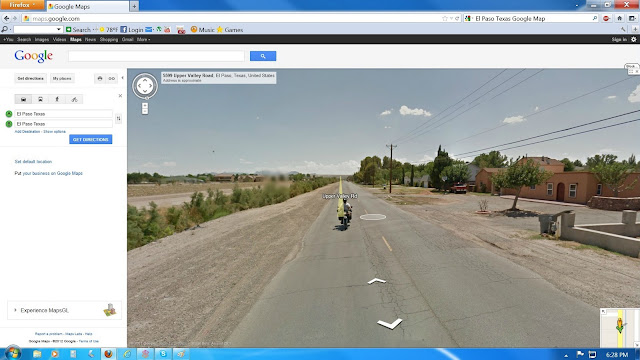 Now you see me, now you don't! Crazy huh?

You can click here and get the street map view where it has the marker to see for yourself, just click up and down the road to watch me magically disappear!

Thought it would be funny to share and give you a better idea about how the street view car does its thing.

So things to do in life, get photographed by the Google street view  car, check! And perhaps bother the billion dollar company of Google Inc. a bit, check as well!

On another note, I'll be returning to Colombia in the next week or so to continue on the amazing adventure.

Lots of new and amazing things are planned, so stay tuned! If you can't wait then I recommend checking out the blog archive for full list of awesome posts and adventures!
Posted by Unknown at 1:21 PM