Today we departed our cozy hotel in Cancun to attempt a try at reaching the island of Holbox, where we were told the whale shark season was coming to an end. It was actually over a few weeks ago, but David was determined to see if we could see one.
It was a rainy day as a crazy storm front hit.
We eventually reached it, and after 3 hours of asking, negotiating and having people tell us they wouldn’t take us out and were crazy because they knew we wouldn’t see anything, we gave up.
It wasn’t worth the money or the time, so we headed back on the ferry when a torrential hurricane like front hit us soaking us and everything with it. 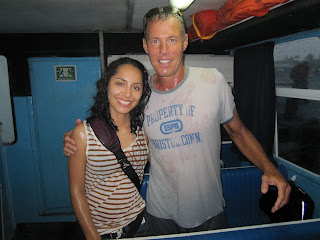 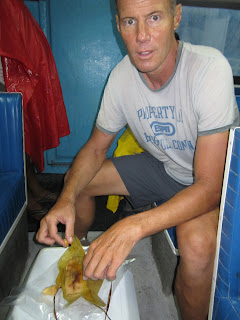 We were chased out by the mosquito sprayer guy, which made the entire island look like a modern warefare battle 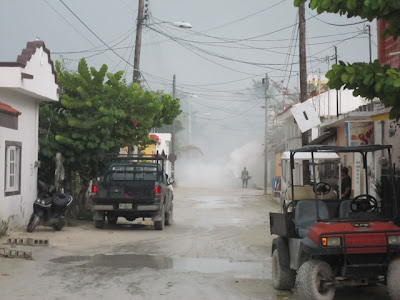 Lucky we had our bikes in some good parking.
Holbox to Tulum
As we departed we found a lady selling the best coconut atole drink I’ve ever had. It’s like warm coconut pulp milk with rice that was out of this world! 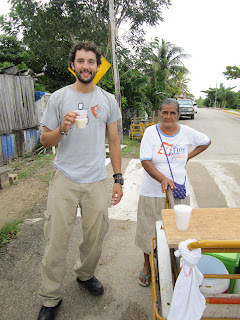 It’s one of those things you know you’ll only find once in your life.
We headed through more rain into tulum.
Dos Ojos Cenote Cave diving 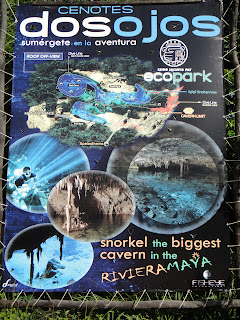 So the best two cenote cave divings in my opinion are Chac-mool and Dos Ojos, which we visited today. If I were to visit again I would also recommend the Taj ma Ha and Angelita, as I was told these were the best cenotes in the Yucatan. 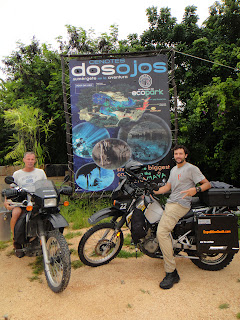 The best thing to do in Dos Ojos is drive there, and book tour with a dive master at the entrance dive shop, you’ll save yourself a lot of money.
But beware, there’s some photography guys there that will take pictures called fish eye, that aren’t the best of quality of pictures as compared to Javier in Scuba Cancun as from the last post.
They’ll charge around $35 dollars, but they weren’t good enough to convince us to buy.
Regardless it was a fantastic dive and Samantha even got to snorkel so it was a great overall productive day although it had been pouring rain all day and all night, with only more to come.
So we’ll be I Tulum for a bit.
Tulum
So in this young man’s honest opinion I will say that the ruins of Tulum are way over rated, I was there last year and will say there’s one good view, that’s the ocean with the ruin, and nothing else.
It’s also been pouring rain for the past 3 days like a hurricane is coming, so we’re sticking around for a bit.
Pouring rain day 3- Tulum
Again we are waiting out the horrible rain in Tulum, all day, nonstop it pours.
Day 5- Tulum
Again, no end in sight for this terrible rain to pass. In all my travels this is the worst rain storm I’ve encountered, so we’ll see what happens tomorrow.
Day 33 Finally out of Tulum 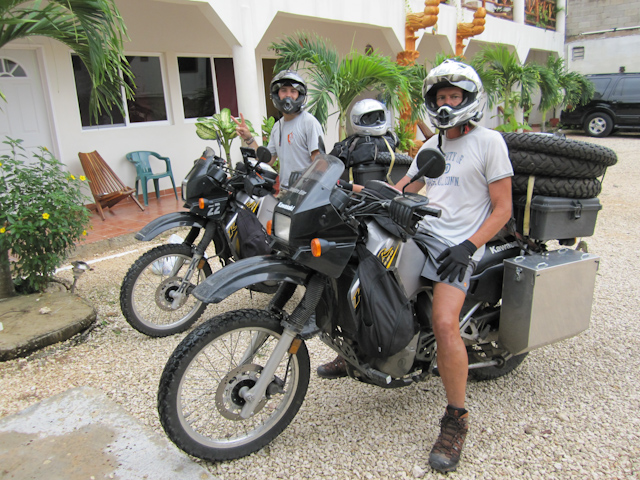 After some waiting, there was a lessening of this crazy tropical weather full of rain, so finally departed from Tulum heading towards Chetumal.
The roads were awful as they were flooded.

Again we got soaked. Even my waterproof boot covers were soaked. 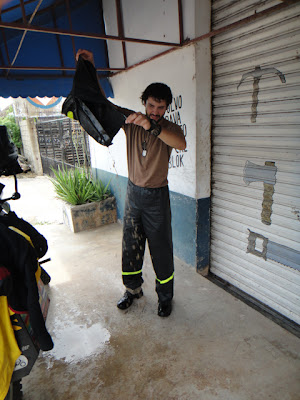 We finally arrived in Chetumal at the border with Belize.
This is where we sadly say good bye to our companion Samantha. She has been with us from Oaxaca, all through the Yucatan and now we bid her farewell in Chetumal near Belize.
Catching a bus from Mexico to get back home was easier and safer here than down in Belize or Guatemala.
Sadly though on the road her small bag containing her money, ID’s, camera and credit cards was missing and had been lost somewhere on the road through the rivers and speed bumps.
Although she lost some valuables she could not be happier with the experience of adventuring along with David and me.
We felt terrible about the circumstances on which Samantha left us, but know it was a grand adventure for us all and it was a great pleasure to have her along with us.
Gracias que nos acompañaste Samantha! Te vamos a extrañar! 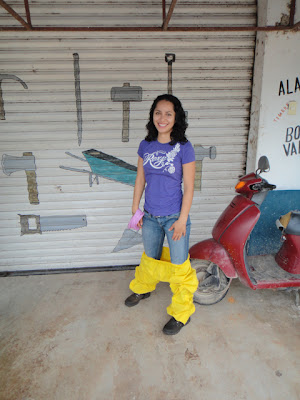